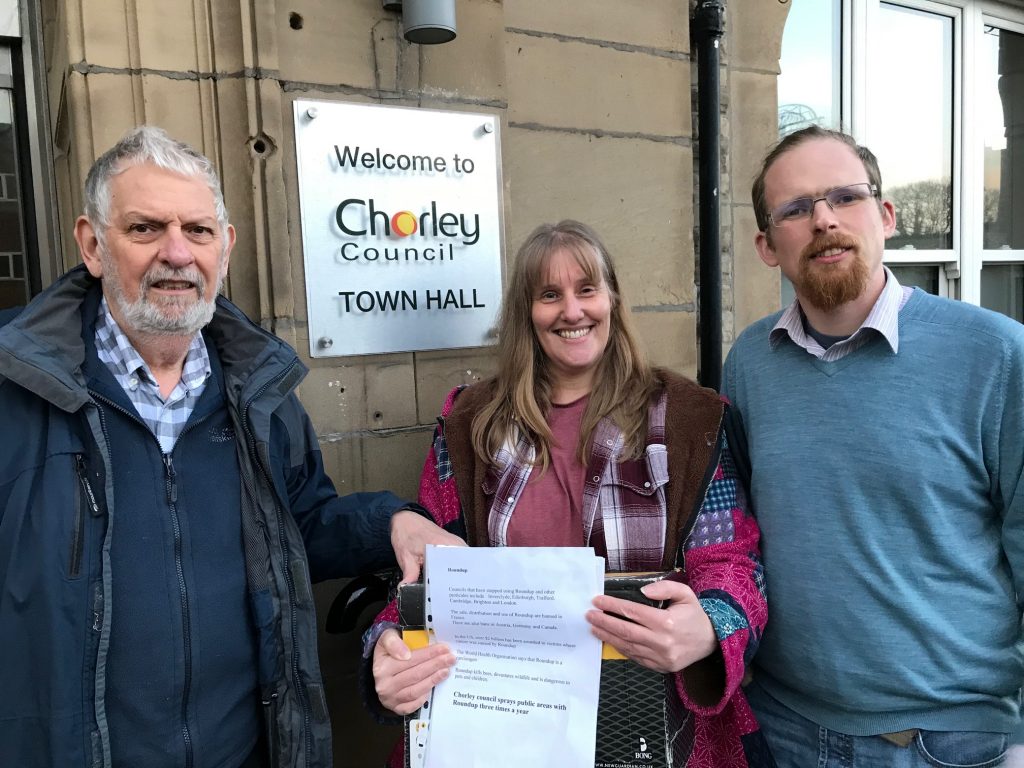 Council to end use of glyphosates after receiving Green Party petition

Last November, around 800 people signed Chorley Green Party’s petition for the council to stop spraying dangerous pesticides in public spaces. Glyphosates are used by the council as a weed-killer, and have already been banned in several countries.

There is increasing evidence that they are harmful to both to wildlife and to human health, including being “potentially cancer causing”.

“The use of glyphosates is an unnecessary risk to human health and to our wildlife” said the Green Party’s Andy Hunter-Rossall. “Many councils have moved to using harmless methods for weed-control, including using heat.”

The council has now announced that it will stop using glyphotsates for most weed control, using thermal weeding equipment instead. The council will continue to use glyphosates in some circumstances, such as in “high traffic areas”.

Published and promoted by Chris Rose on behalf of the Green Party, both at The Biscuit Factory, Unit 215 J Block, 100 Clements Road, London, SE16 4DG.